Details: Signing at the malls Hot Topic. Have to buy the Twilight Tour t-shirt($30) to get a wristband for the signing. No cameras allowed, and they will only be signing the posters they giveaway. No personal items. Get there early! Only 500 wristbands for Edward and Bella events, and 750 for the bad guys! A Q&A will take place will follow the signing, open to the public, in the mall common areas.

UPDATE: Apparently, there was a near-riot (!) at the first signing today in San Fransisco due to the overwhelming turnout of over 3000 fans. (Only 500 were getting a chance to meet Pattinson and the event had to be canceled!) Read about it on MTV’s post right HERE!

More on the canceled event HERE on TMZ: 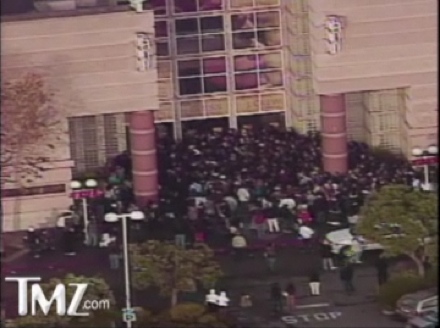 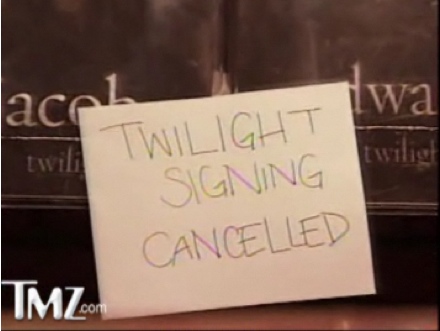 Check out a slew of pictures HERE!