Well, not every single horror movie from our childhoods has been remade yet! But we’re getting pretty darned close! APRIL FOOL’S DAY is headed straight to DVD on March 25th. Directed by the Butcher Brothers (THE HAMILTONS), the new redux stars Scout Taylor-Compton (ROB ZOMBIE’s HALLOWEEN), Beau Garrett, Taylor Cole and Josh Henderson. The synopsis is below, along with the DVD front cover image. (Which I’ll flat out say… sucks.)

Synopsis: Each April Fool’s Day, fabulously wealthy young Desiree Cartier (Cole) hosts the most killer coming-out parties at her to-die-for southern mansion. And this social event is never complete without one of her patented pranks. But when this year’s joke turns deadly, Desiree, her brother Blaine ( Henderson ) and five of their friends all become the targets of a twisted killer who begins hunting them down one by one in this chilling tale of seduction, betrayal and revenge.

Isn’t the cover to the original more intriguing? 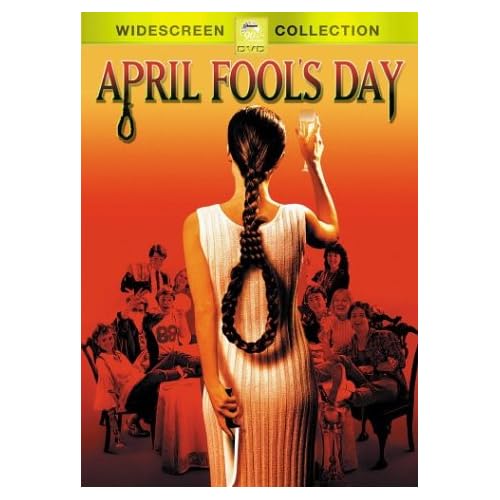 4 thoughts on “Joke’s On You! APRIL FOOLS DAY Remake DVD!”